Building a city from the ground up or restructuring existing cities to be resilient is no small task. But what does resilience mean in this context? 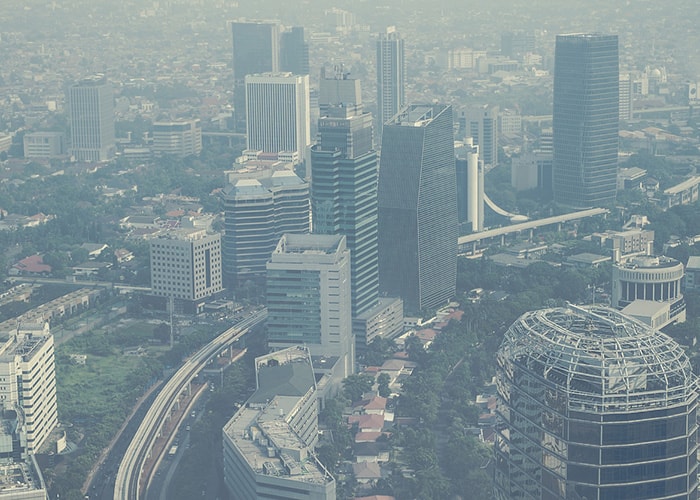 Jakarta, Indonesia, is one of the largest metro areas in the world and is burdened by ecological challenges, including floods, earthquakes, and forest fires. For decades, the local government has debated whether to move the capital to a larger, more geologically stable area. Last year, President Joko Widodo made it official, announcing that the capital would move to the province of East Kalimantan on Borneo. The plan is to begin moving millions of people there, starting with government workers, by 2024.

“So the question is, on this largely greenfield site, can you create what will be one of the world’s biggest cities and do it in a way that offers promise to a world that will be 60% urban by midcentury,” said Ted Fishman, author of China, Inc., at the start of the SHIFT20 panel discussion “Building Food Security into Resilient Cities.”

“It’s an ambitious plan,” said Fishman. “Right now, all of the language around it is as aspirational as can be—a smart city, a low carbon city, and a city with potable water, which is very rare in Indonesia.”

Building a city from the ground up or restructuring existing cities to be resilient is no small task. But what does resilience mean in this context? Moderator Harry Epstein, CEO of Quadrant Management Consulting, posed this question to each of the panelists.

“Ecology provides one of the fundamental frameworks for thinking about resilience,” explained Alison Grantham, founder of Grow Well Consulting, who approaches the conversation from a background of ecology and biogeochemistry. “Ecologists conceptualize resilience as the checks and balances in a system that allow it to maintain its function given different levels of disturbance without changing—say, from a forest to a grassland after a fire.”

Fishman added another dimension to the definition of resilience—“the human dimension.” That dimension focuses on the issue of whether institutions are flexible enough to deal with the human intelligence that can be brought to bear on problems that arise.

Building on that, Geoffrey Hewings, emeritus professor and emeritus director at the University of Illinois Urbana-Champaign, added that resilience can also be defined by how cities and regions respond to and recover from unexpected events, like hurricanes and earthquakes. “The capacity to withstand those events and to effectively recover from them has now become a part of the planning scenario of most city operations,” explained Hewings. “I think the recent activities surrounding the COVID challenge has generated a great deal of concern about the fragility and resilience of supply chains, particularly those centered on the provision of food.”

The idea that the current pandemic has revealed underlying fragility in many systems, but especially our food system, is a concept that arose earlier in April Rinne’s keynote on Monday morning. “With COVID-19, we see multiple disruptions that our food system is ill-equipped to handle—lockdowns, trade wars, closed borders, and the virus itself,” said Rinne.

“If we do nothing today, COVID may be the sledgehammer that cracks our agile yet fragile food system in ways that shatter it by 2050,” she continued.

However, Grantham explained that there can be multiple stable states for an ecosystem and after a disturbance, such as the pandemic, it’s not always guaranteed that the system will return to where it was before. And this may not be a bad thing.

“Perhaps we aren’t going to go back to the same structure of highly consolidated processing, distribution, and brick and mortar retail that we had going into COVID, which left one-fifth to one-quarter of urban residents in the United States not having their food security needs met,” said Grantham. “Perhaps this disruption will enable us to adopt a different structure going forward, which perhaps will have smaller stocks relative to flows. So, instead of having 5% of pork production at a single plant, maybe we rethink the model to a slightly more distributed structure that is more accessible to a greater fraction of the population.”

To hear more of the conversation, which includes a discussion on critical measures for resilience and the importance of diversity, view the entire SHIFT20 session.