Do Cows Have Fingerprints?

Cows may not have fingerprints, but their milk and other individual characteristics can be used to track their health and potential health problems before they occur.

Cows may not have fingerprints, but their milk and other individual characteristics can be used to track their health and potential health problems before they occur. That’s just one of the ways that artificial intelligence (AI) and machine learning are becoming increasingly important in protecting and shaping our food supply.

In IFT20 session 101, three food scientists describe how computerized models are being used or could potentially be used to improve food safety, track food quality, and even predict the specific tastes and textures of food that will be most popular among targeted consumers.

Our current global food supply remains vulnerable: Each year, 48 million Americans and 600 million people worldwide contract foodborne illnesses, which result in 3,000 American deaths and 420,000 global deaths, according to Martin Wiedmann, Cornell University. In the United States, 40% of food goes to waste, mostly because of food spoilage.

That doesn’t have to happen. New tools and techniques are available to apply artificial intelligence to food safety, Wiedmann says. For instance, digital data about field-collected water, landscape, and weather can predict the microbial quality of surface water used for farming produce. Digital models can also show where septic tanks and RV parks are located in relation to farms, which can predict potential contaminants in produce. 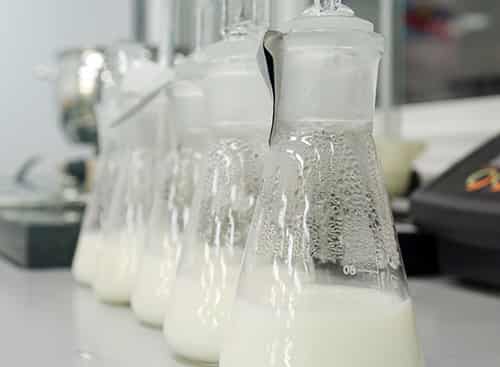 There are also new ways of testing dairy cows and their milk that provide much more robust information than has been available before, says David Barbano, Cornell University. Improved testing and milk analysis can show how fatty acids are moving in a cow’s mammary glands and the rate at which body fat is mobilized while the cow is milked, predicting potential illness. Artificial intelligence makes it possible to “fingerprint” cows, so farms can keep up with each individual’s progress, activity, and health, Barbano explains, revolutionizing the future of dairy cow management.

Finally, similar AI and machine learning can also predict the flavor preferences of individual consumers over time, which could help food companies make informed decisions about which new products will be hits and misses, says Jason Cohen, Gastrograph AI. For instance, a predictive sensory analysis of a cookie currently on the market might include profiling all the various flavors included. Based on preference data from a large number of consumers, the system could predict which flavors should be decreased and which ones should be increased or added to make the cookie more popular.

Learn more about extracting high-value ingredients from fruit, vegetable, grain, and nut co-products by viewing this session in the SHIFT20 on-demand library.

Nancy Mann Jackson is a freelance writer based in Huntsville, Ala.

Bake Along With Chef Gale Gand