Ever hear of the term “nomophobia”? It’s the fear of not having access to a cell phone—and for members of the millennial and Gen Z generations, in particular, it’s a very real concern, explained author and youth culture expert Eve Turow-Paul.

Ever hear of the term “nomophobia”? It’s the fear of not having access to a cell phone—and for members of the millennial and Gen Z generations, in particular, it’s a very real concern, explained author and youth culture expert Eve Turow-Paul in a SHIFT20 session titled “Hacking Millennial and Gen Z Tastes.” Turow-Paul also introduced the large virtual audience at the session to the concept of “phubbing,” which is the act of snubbing others in a social setting because you are glued to a cell phone.

Terms like these may sound amusing, but they are relevant when trying to understand what drives millennial (born between 1980 and 1996) and Gen Z (born between 1997 and 2010) consumers. “Gen Z—they don’t know a world without texting,” reflected Turow-Paul.

In addition to being heavily oriented to technology use, millennials and Gen Zers are the ultimate foodies, with 86% of millennials and 84% of Gen Zers saying that they are passionate about food, according to data gleaned in a Datassential research study Turow-Paul commissioned for her recently released book, Hungry.

Turow-Paul theorized that young adults are turning their attention to food and dining experiences in an attempt to satisfy unmet psychological needs, citing findings from the Datassential Hungry Study, which establishes correlations between emotional states and food behaviors.

Millennials and Gen Z consumers are more anxious and experience more feelings of loneliness than other generations, Turow-Paul said. Almost 60% of millennial survey respondents characterized their anxiety level as high, and 73% said they wished they had a stronger sense of community.

There is a correlation between such emotions and technology use, Turow-Paul contended. For example, the study found that millennials with more Instagram followers had a stronger desire for community than the general population, and they had a lower sense of self-esteem.

Turow-Paul detailed three basic drivers of human behavior—the need for control, the need for community and a sense of belonging, and the need for purpose and meaning—and described some of the ways in which she believes young consumers are attempting to address those fundamental human needs via food choices.

“We [millennials] are a generation of anxious eaters,” said Turow-Paul. “For some of us, restricting our diet is one way to control that.” Attempts to mitigate anxiety and maintain control are driving many consumers to adopt a restrictive diet of one kind or another (gluten-free, no GMOs, vegan, paleo, etc.), she said. 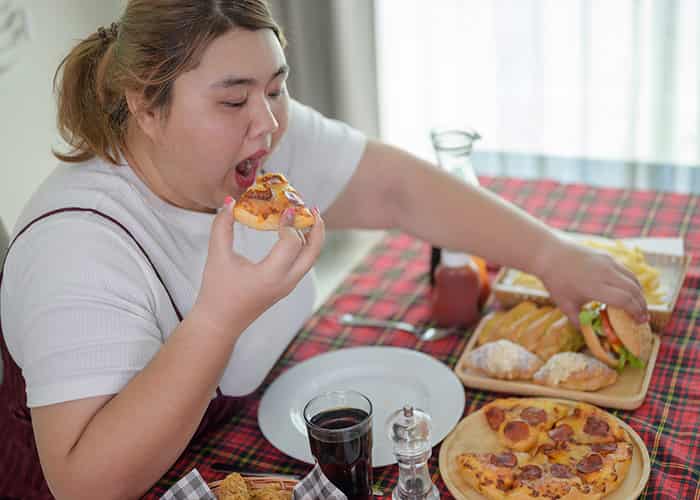 As for establishing community, “people are using food culture as a way to connect,” according to Turow-Paul. For some young people, she said, a shared interest in food or shared dietary practices can serve as substitutes for more traditional ways of connecting, such as religious institutions or community organizations.

The food focus phenomenon is global, Turow-Paul added. “People are obsessed with food just about everywhere,” she said, citing the example of the mukbang trend in Korea in which hosts livestream themselves consuming large amounts of food and talking about it.

After Zoom-enabled brainstorming sessions, members of the hacker teams reported back on their efforts to the full group, sharing the product ideas that they had conceptualized.

For more of Turow-Paul’s insights on the thought processes and behaviors of millennial and Gen Z consumers, view this session in the SHIFT20 on-demand library.